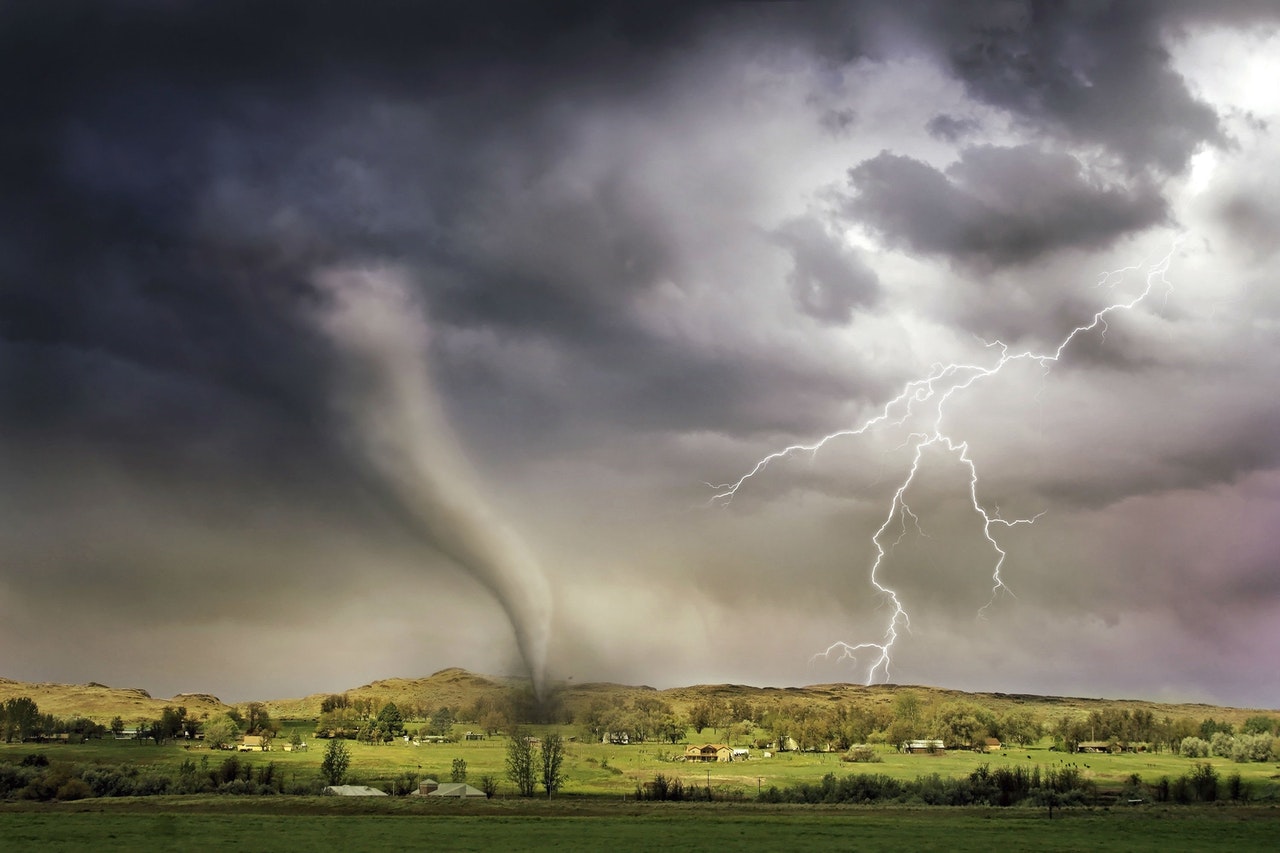 An Introduction to Tornadoes

A tornado is a violently rotating column of air that reaches from a storm system down towards Earth’s surface.

The most notable appearance of a tornado comes from its spinning vortex. The vortex creates a condensation funnel that carries dust and debris through its path as it reaches the ground below. Many can identify the formation of the funnel-shaped cloud as a tornado, but not all tornados appear as a distinctly visible vortex.

A tornado forms from storm systems that are present, specifically from what are known as supercells. Not all storms, however, will lead to tornados.

The specific science around how tornados form and “die” is not 100% understood. Overall, a tornado begins when a storm system’s cool air draws down into the updraft of warmer, moist air near the ground. This mixing of warm and cool air in the presence of strong winds from the storm leads to the formation of the notorious funnel that we all recognize.

The winds of a tornado present the primary hazard associated with the disaster. It is a common misconception that the only time to worry about a tornado is once it contacts the ground. Funnel clouds, however. can pack quite a punch in terms of strong wind and possible debris before making ground contact. The damage potential of tornados is measured using the enhanced Fujita (EF) Scale. The EF Scale is a measure of the wind speed associated with the tornado (and its associated damage potential). The rankings include EF0-EF5 tornados. EF0 produces the least amount of damage, and EF5 tornados create catastrophic damages.

An important note to the Fujita Scale is that there is no direct way to measure the exact speeds of wind in tornados. Receiving an EF3 or EF4 rating as a tornado is more associated with widespread and more severe damages to the community vs. someone or something measuring the wind speed of 200+ mph individually.

With modern advances in technology, specifically radar advancements, weather services can identify storms that may present conditions that would lead to tornados with ease.

Weather services will identify potential conditions and monitor them closely to send a warning at a moment’s notice. NOAA and local or state weather services provide different levels of warning for these “tornado conditions.”

When a tornado forms and makes ground contact, the tornado’s path can range from a short distance of a few hundred feet to covering miles of ground in a long path.

The longest path on record for a tornado occurred in 1925 in the Tri-State Tornado. The Tri-State Tornado covered a path of 219 miles that covered the states of Missouri, Illinois, and Indiana. That path also led to it remaining on the ground for a total of around 3.5 hours.

Thankfully, tornados don’t typically cover paths that long or remain on the ground for that length of time. They are, however, formidable forces of nature that pose significant risks to those in their path. Like any disaster, preparedness is the key to positive health outcomes.

Check back in next week when we go more in-depth into what tornado preparedness entails.