How a children’s book saved my life

My story begins in the Midwestern United States during the mid-1960s with My Weekly Reader, a weekly educational magazine designed for children. 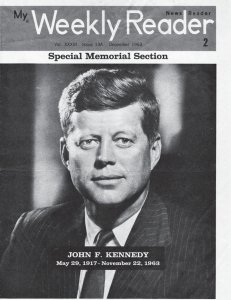 Kids in schools throughout the United States (over 5 million of us at one point in time) received the weekly reader as part of our classroom studies. Each class level in grade school had a different version of the weekly reader, based upon age-adjusted interests and reading levels. On a regular basis, a small catalog was also included were we could order short paperback books on various subjects of interest. 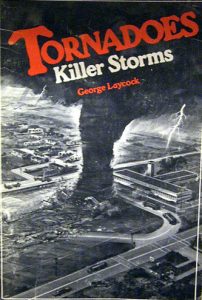 On one occasion, I saw a book on tornadoes, and bugged my mom to purchase a money order that we could then use to mail order the book.

It soon arrived and, as a seven-year-old boy, I was fascinated to learn about tornadoes – how they formed, where they formed, their size, their shape, their speed and their history. The book also contained plenty of pictures of previous disasters such as the infamous three-state tornado of 1928, the deadliest in US history. It was also sprinkled with good advice, like where to go and what to do when a tornado is nearby. Fast-forward 15 years later to a time when was in my third year of undergraduate college studying premed. My mom had recently passed away and my wife and I were raising my 13-year-old younger brother in a small house located in a small quiet town in southern Illinois. My tornado book was long gone, possibly sold at a yard sale, thrown out after a thorough cleaning of the toy box or perhaps permanently on loan to a childhood friend and now long- forgotten.

It was Memorial Day 1982, a beautiful, unseasonably warm holiday. Not a cloud in the sky.

My wife and I were at home. She was cleaning the house and I was studying for final exams. Our television was turned off and we were playing for in those days were called “records” – (for my younger readers, these were vinyl platters that we scraped with a diamond needle in order to get sound primitively similar to what now comes out of your smart phone).

We had just taken a break and stepped outside together when we heard a distant siren begin to wail.

This was not such an unusual occurrence considering that we had a small part-time volunteer fire department in our town that were notified by the siren whenever it was time to leave their homes and report for duty at the fire department in the event of a fire. We had heard it before. But this time it didn’t stop. It went on…and on…and on.

So we started looking around and what we saw were other neighbors in their yards up and down the street also looking around – mostly out of curiosity.

It was then that I looked to the western horizon and there I saw a stark line of dark storm clouds stretching across the landscape. These clouds cut a dramatic edge as they delineated the bright blue clear sky from what was obviously going to be a rather dramatic change to severe weather. And there, in the middle of that dark line was a small tail stretching from the cloud to ground. “A tornado!,” I thought to myself. Now the siren made sense, a tornado was on its way. It was still far off, barely visible on the horizon. There was still time to act.

And out of the past, came those clear reminders from the Weekly Reader book that I had read when I was seven years old.

The book warned that basements were the best choice for protection and that lacking a basement the second-best choice is under sturdy furniture in the center of your home where you could avoid wind damage from the exterior walls. The book it also described the most frequent path of a tornado as being from west to east following the prevailing wind pattern of the United States.

Tornadoes normally don’t make sharp turns to go north or south, nor do they turn around and head back west. Knowing this I knew that that tornado now heading directly for my neighborhood would likely stay on course. I had to move quickly. I pulled our kitchen table into the center room of our home where my wife (holding onto our two pet dogs) took cover. 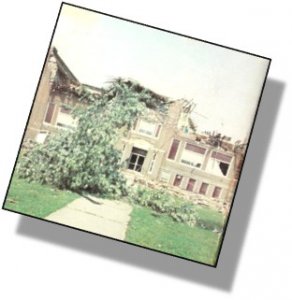 I then ran outside to try and find a neighbor with a basement where we could shelter. But I had no luck. Everyone was gone. And it was then as I ran back to our home that I saw the tornado strike a red brick schoolhouse, turning the entire tornado brick red. It was also then that I knew our little wooden house would not survive.

In a quick second effort I ran into the house, grabbed my wife and headed at a right angle from the path of the tornado. My wife and I literally escaped from the tornado by car.

But, how did I know to do so? From reading a children’s book fifteen years earlier!

Once the tornado passed, and we were driving back home, we couldn’t get anywhere near our neighborhood. Tons of debris now filled the streets. Trees were uprooted and cars were thrown into piles like children’s toys. Nearly everything over waist high had been flattened and the debris scattered in such a way that it was not even easy to differentiate what used to be streets, from yards and from homes.

At first I couldn’t even find my own neighborhood.

Finally I found a set of railroad tracks and knowing that I lived along those tracks, I kept walking back and forth until I saw the headlight and the front hood of our car that we had left behind – sticking out of a pile of debris. 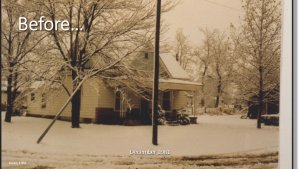 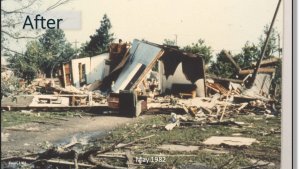 It was then that I realized that the pile of mangled, splintered boards was in fact the remainder of what had previously been our home. Had we stayed there, I would surely have not been here now to share with you this story of how a children’s book saved my life. Had we been inside, we would surely not have survived. It was that simple weekly reader that it saved my life. That children’s book had given me the knowledge to know what to do. And coupled with an early advance warning from the fire house siren I had enough time to make not one, but two fateful decisions that would affect my survival. It didn’t take a rescue team, or a first responder, or a federal agency, or billions of dollars of rescue and humanitarian assistance. It required only a little knowledge and early warning.

That’s what prevented me from becoming a disaster statistic. It was a children’s book and a siren that saved my life.

I learned 3 important lessons that day.

And so time went on. I graduated premed and got into med school. After becoming an MD, I specialized in emergency medicine where I learned about the “golden hour” of trauma care – that first 60 minutes after an injury when surgery must be made available in order for most patients to survive severe injuries. 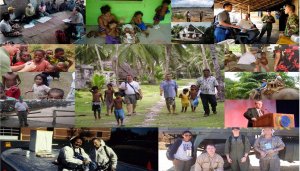 I later specialized in disaster medicine, and spent over 20 years responding to disasters all over the world, studying their impacts and developing tools and approaches for minimizing their health effects.

In event after event, I saw disaster victims that survived because of their own preventive and protective actions – more often than because of the resultant medical care or response that may have been offered.

In most cases, it is knowledge itself that save people’s lives during a disaster…

knowledge coming by way of an early warning (like the tornado siren, or a hurricane report; or a sentinel case of Ebola) that notifies them of a pending danger and then knowledge for what they must do, what protective actions they must take (like taking cover, evacuating the coastline, or stopping the disease outbreak before it becomes an epidemic). And it needn’t be complicated.

It’s often quite simple – simple as a children’s book.

This month’s topic is “Tornado Stories”