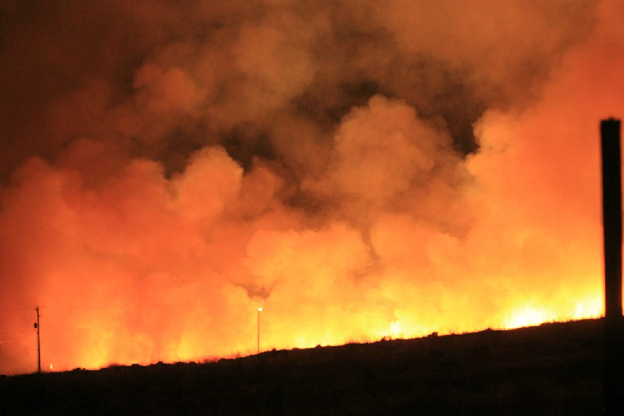 Make sure it doesn’t happen this way in your community. 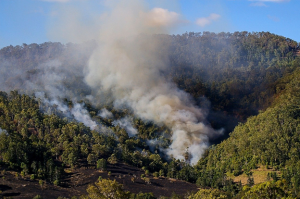 On October 26, 2020, over a period of about 5 hours, some 90,000 people were evacuated ahead of a wind-blown wildfire bearing down on our southern California city.

Members of our senior retirement community watched as the fire crested nearby hills and started down the slopes toward us. First one then the next evacuation zone was activated. At 4 pm we were next in line to be called – but by a twist of fate, the winds shifted and drove the fire south instead of right into our laps.

We escaped. But over the day, and at later calls with some of our 500 residents and the city’s Emergency Management services, we realized that had an evacuation been called, we would never have achieved it.

Here’s a summary of what went on and what we learned. Rather than turn this into a story, I have formatted it so you can use it like an “evacuation checklist” for your own community. If you work with seniors I am sure you will be faced with many of these same challenges in an emergency situation. Perhaps our experience will help your people to be better prepared.

Emergency messages came out over the course of the day – but for many of our neighbors they weren’t adequate.

After the event, through surveys and interviews, we discovered even more about the realities that day.

How could this situation have developed, when our community has been preparing for emergencies for years???

Simple. Past meetings – and there have been many — had always ended with agreement that evacuation would be extremely difficult and efforts of both professionals and residents would be better directed toward “Sheltering-in-Place.” Accordingly, that has been our major emphasis.

As far as we knew, a detailed evacuation plan for our community had never been developed.

What have we done since our near-miss?

In the two months after the fire, still in the midst of COVID shut-down, we learned to our amazement that a new evacuation plan had, in fact, been developed! Some highlights: The plan understood that as many as 30% of our neighbors would be impaired as regards mobility, transportation and finances. Evacuation announcements would be made by loud-speaker and/or knocking on doors. Foreign language speakers would be available. City transportation options had been identified and plans made for staging. Medical teams would provide assessment and appropriate assistance.

While the plan had been approved, COVID had kept it from being circulated to the public – and to city departments, too! 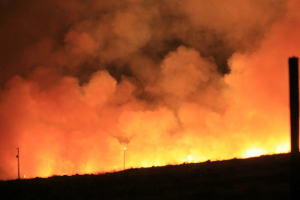 With new information, we followed up with a series of easy-to-read flyers. The first flyer stressed “Get connected!” and described how to sign up for emergency alerts and how to let the office know about needing assistance in an emergency. The second flyer, “Get packed!,” listed what goes into an evacuation go-bag. Flyer three focused on transportation options to “Get out!”  The fourth flyer answered, “Where to go?” and included a map of likely emergency shelters in our local community.

We know that the summer wildfire season has already started.  With our community finally opening up, and face-to-face meetings being planned, we will revisit the information on these flyers with the help of our local First Responders — always our most popular guest speakers.

We don’t want another fire, but when the next evacuation is called, we will certainly know more about what to expect. If your senior community could be better prepared, maybe you can use this “Evacuation Checklist” to improve on the situation now, instead of having to go through a near-miss like we did!

Author Virginia Nicols has been raising awareness about emergency preparedness and disaster survival for over 20 years – lately as head of her local Neighborhood Emergency Response Team. You can find many more how-to articles and excerpts from her books at https://EmergencyPlanGuide.org