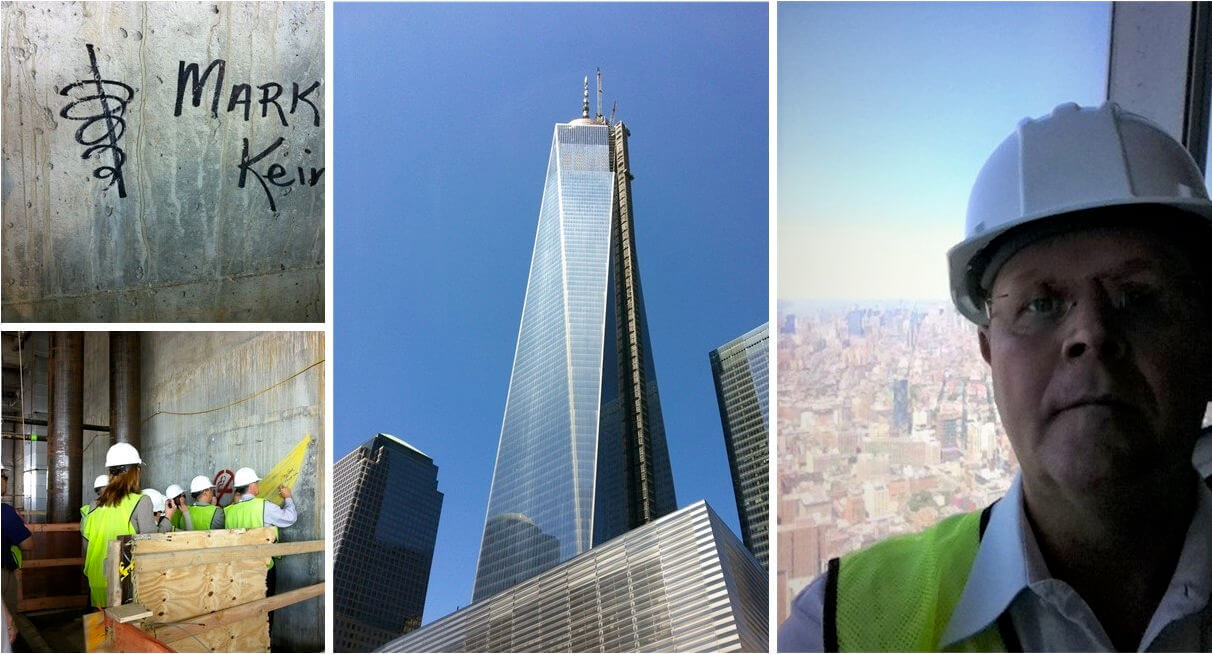 We will never forget, but we will heal

Visiting One WTC before its completion helped me to heal…

Like everyone, I remember where I was during that moment when the first plane hit…

It was evening in Palau. I was sleeping in a small Pacific island hotel when the phone rang. “Mark! Are you watching the television?” It was Yvan, a French colleague calling to alert me that the first plane had just hit the first WTC tower.

There, while on the phone together, we both watched a plane hit the second tower. My next call was to my boss, Kent Gray, lead of the CDC Emergency Response Group. “Get home, Keim!” was all he said before hanging up. I had called the CDC ops center and could hear a roomful of frantic activity.

Thus began my 3 month-long deployment of 18 hour days as incident manager of the new CDC Emergency Operations Center (that we literally had to build from scratch in an auditorium). CDC deployed teams to NYC and addressed an unbelievable myriad of public health and policy issues as the event impact rippled outward throughout the world. It was an experience few ever dream of seeing unfold.

In particular, I’m proud of early concerns that CDC voiced regarding inadequate personal protective equipment for responders used at the site. (Sadly, our concern has now shown to be well warranted as we see the death toll among first responders mount) I recall numerous discussions about the short and long term effect of this event on responders. But I don’t recall ever talking about the effect that this experience was having on us. We did our job.

Years later, as a special gift, the NYC Transit Authority invited me to sign my name on the wall of the top floor of One WTC. And, as I stood looking out over this great American city and its brave and resilient people, a deep sigh (that I’d held inside for over a decade) finally found its way to the surface and drifted away into that Big Apple skyline.

I (finally) allowed myself to heal…just as they had done before me.

Please leave a comment of check out: “Where is Your White Helmet?”